Opioids include prescription medications used to treat pain such as morphine, codeine, methadone, oxycodone, hydrocodone, fentanyl, hydromorphone, and buprenorphine, as well as illegal drugs such as heroin and illicit potent opioids such as fentanyl analogs (e.g., carfentanil). Opioids work by binding to specific receptors in the brain, spinal cord, and gastrointestinal tract. In doing so, they diminish the body’s perception of pain. However, opioids can also have an impact on other systems of the body, such as altering mood, slowing breathing, and causing constipation. Opioid receptor binding causes the signs and symptoms of overdose as well as the euphoric effects or “high” with opioid use.

Opioid overdose continues to be a major public health problem in the United States. It has contributed significantly to overdose deaths among those who use or misuse illicit and prescription opioids. In 2016, the Virginia Health Commissioner, Dr. Marissa J. Levine, declared the opioid addiction crisis a public health emergency. The declaration was in response to the growing number of opioid overdoses. 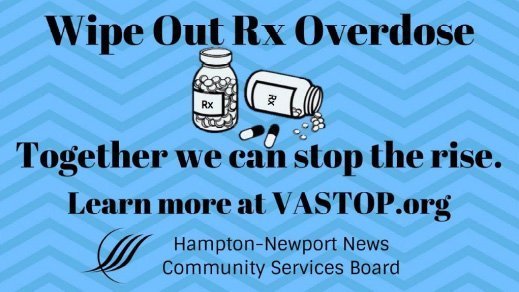 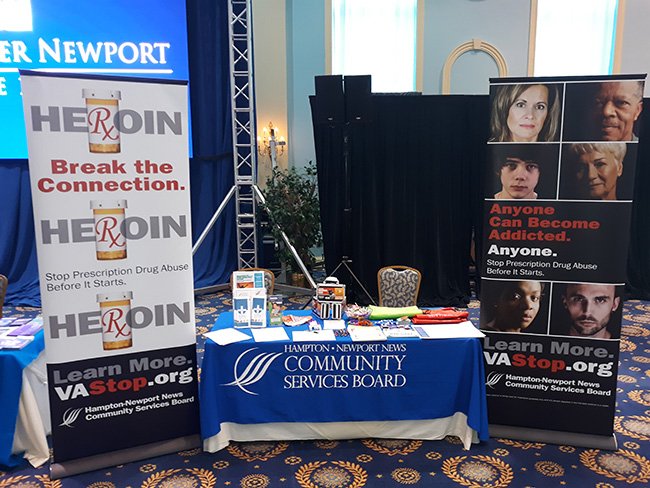 The Hampton-Newport News Community Services Board offers the REVIVE! Training class. REVIVE! is the Opioid Overdose and Naloxone Education (OONE) program for the Commonwealth of Virginia. REVIVE! provides training to professionals, stakeholders, and others on how to recognize and respond to an opioid overdose emergency with the administration of naloxone (Narcan ®). Contact the agency at 757-788-0300.

Learn more about Opioid at https://www.vastop.org.