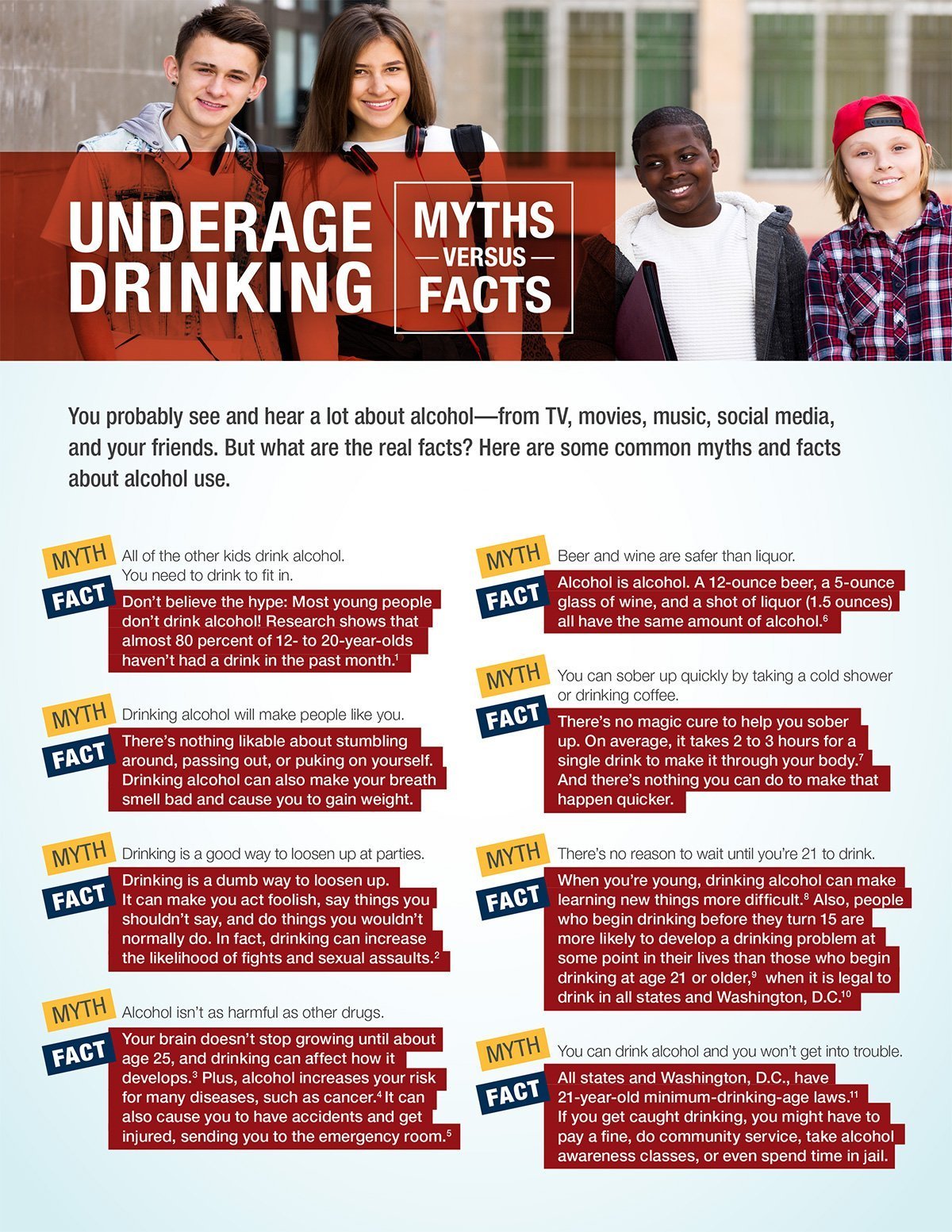 Children who drink alcohol are more likely to:

Frequent binge drinkers (nearly 1 million high school students nationwide) are more likely to engage in risky behaviors, including using other drugs such as marijuana and cocaine.

Children who use alcohol have higher rates of academic problems and poor school performance compared with nondrinkers.

In 2009, an estimated 1,844 homicides; 949,400 nonfatal violent crimes such as rape, robbery, and assault; and 1,811,300 property crimes, including burglary, larceny, and car theft were attributed to underage drinking.

Young people who use alcohol are more likely to be sexually active at earlier ages, to have sexual intercourse more often, and to have unprotected sex.

Drinking lowers inhibitions and increases the chances that children will engage in risky behavior or do something that they will regret when they are sober.

Young people who drink are more likely to have health issues such as depression and anxiety disorders.

The following signs may signal problems with the use of alcohol and other drugs. Experts say that a substance use problem is more likely if you notice several of these signs at the same time, if they occur suddenly, or if some of them are extreme in nature.