Marijuana refers to the dried leaves, flowers, stems, and seeds from the Cannabis sativa or Cannabis indica plant. The cannabis plant, or derivative products, contain more than 0.3 percent of the chemical compound delta-9- tetrahydrocannabinol (THC), the main psychoactive component responsible for the plant’s intoxicating effects as a mind-altering compound that causes harmful health effects. The term “hemp” denotes a cannabis plant that contains THC levels no more than 0.3 percent or less.

People smoke marijuana in hand-rolled cigarettes, in pipes or water pipes, in blunts, and by using vaporizers that pull THC from the marijuana. Marijuana can also be mixed in food (edibles), such as brownies, cookies, and candy, or brewed as a tea. People also smoke or eat different forms of marijuana extracts, which deliver a large amount of THC and can be potentially more dangerous.

The Impact of Marijuana Use

Marijuana use directly affects brain function—specifically the parts of the brain responsible for memory, learning, attention, decision making, coordination, emotions, and reaction time. Developing brains, such as those in babies, children, and teenagers, are especially susceptible to the harmful effects of marijuana and THC.

When a person smokes marijuana, THC quickly passes from the lungs into the bloodstream. The blood carries the chemical to the brain and other organs throughout the body. THC acts on specific brain cell receptors that ordinarily react to natural THC-like chemicals. These natural chemicals play a role in normal brain development and function.

Marijuana use comes with real risks that can impact a person’s health and life. Approximately 1 in 10 people who use marijuana will become addicted. When they start before age 18, the rate of addiction rises to 1 in 6. Today’s marijuana has three times the concentration of THC compared to 25 years ago. The higher the THC amount, the stronger the effects on the brain—likely contributing to increased rates of marijuana-related emergency room visits.

Marijuana use can have negative and long-term effects: 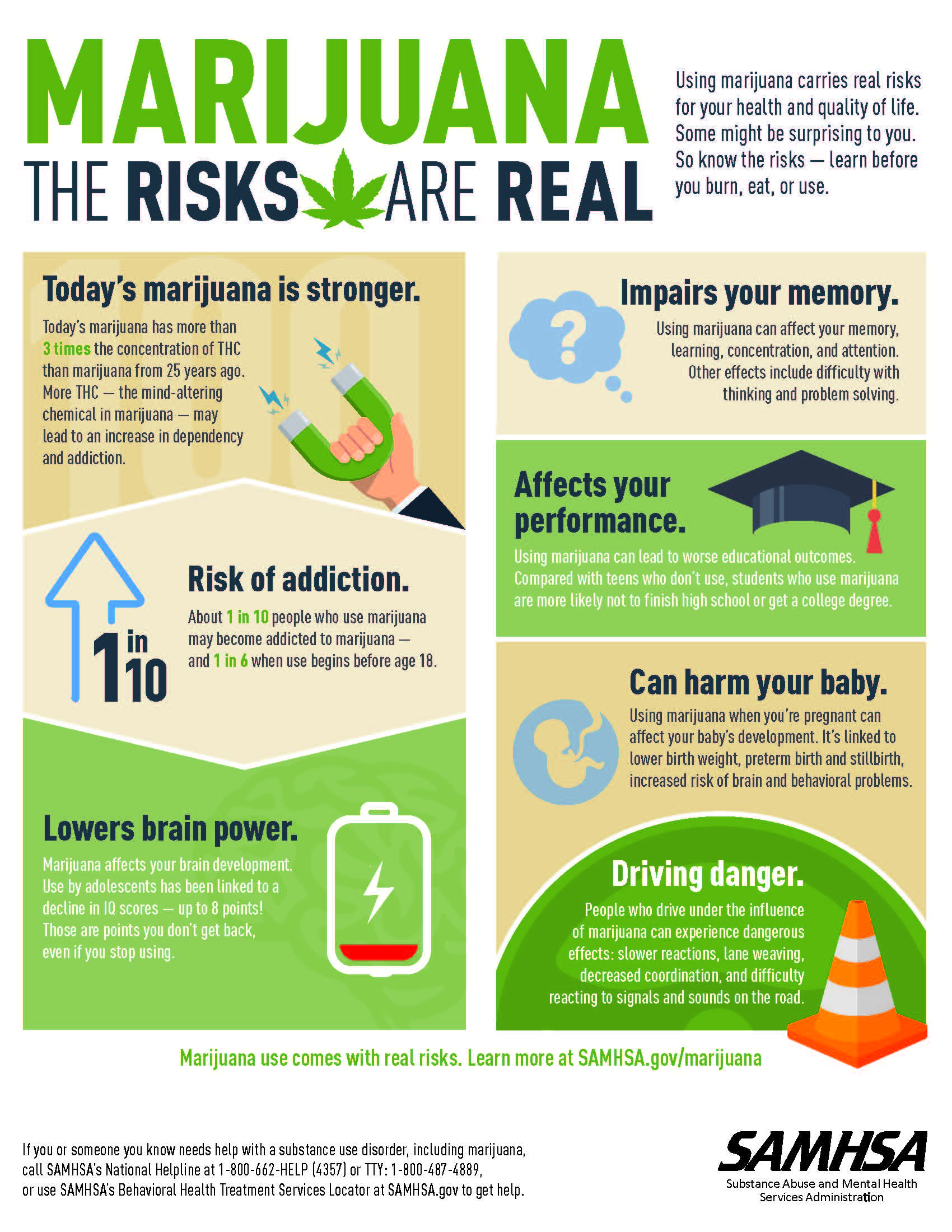 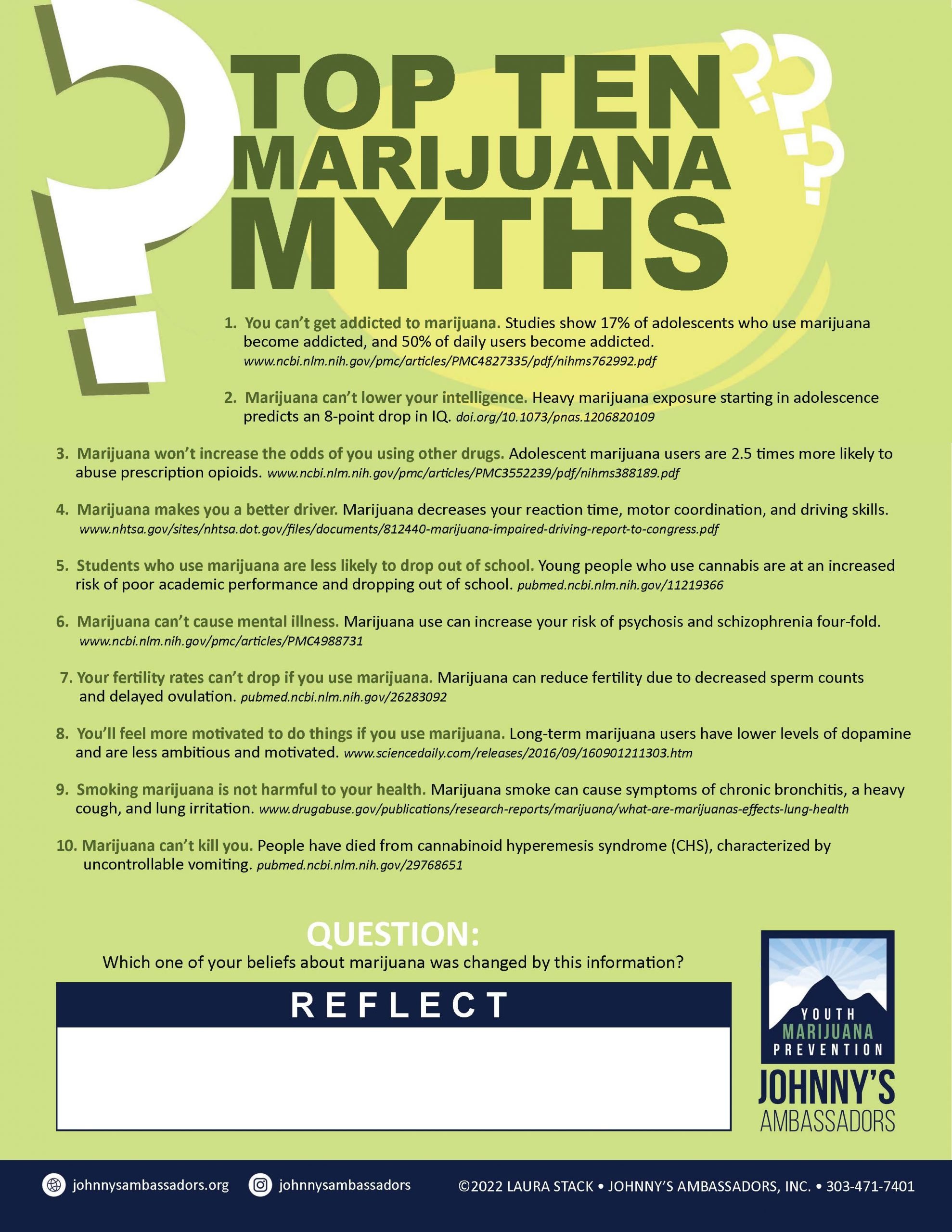